Dr. Rocco A. Errico, Ph.D, Th.D is the founder and president of the Noohra Foundation of Smyrna, GA. Dr. Errico is an ordained Unity minister, lecturer, author, Bible authority, translator, Aramaic instructor, educator and spiritual counselor. He is a gifted and brilliant teacher and author and is one of the most dynamic and sought-after speakers. He offers keys which unlock mystical and metaphysical meanings in Scripture. Dr. Errico’s books include: And There Was Light, Setting a Trap for God: The Aramaic Prayer of Jesus, Let There Be Light: The Seven Keys, The Mysteries of Creation: The Genesis Story, The Message of Mathew, 7 volume set on Aramaic Light on the New Testament, The Aramaic Light on Genesis. 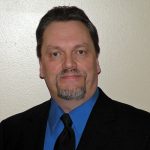 Rev. Ronald Skowronski is a sought-after speaker and teacher at Lily Dale for over 30 years. By age 18 Ron was immersed in Spiritualism, and at 25 he was the youngest ordained Spiritualist minister in the National Spiritualist Association of Churches and pastored Plymouth Spiritualist Church in Rochester, NY, from 1980-1990. Long noted as an authority on Spiritualism, he is also a humorist and social activist. In 1991, he became an ordained minister with United Church of Religious Science and teaches Science of Mind. He is dedicated to working for a world “that works for everybody.”

Mark W. Thomas, BS. Mark’s early spiritual development came from his family, which was actively engaged in the United Methodist Church. Along with his wife Elaine and Dr. Joseph and Patricia Panebianco they founded in 1988 Fellowships of the Spirit and its School of Spiritual Healing and Prophecy.

Over the years, Mark’s passionate desire for spiritual development has brought him to study Vedic, Taoist, Buddhist and mystical Christian teachings with a variety of teachers and writers from around the world. He currently lectures at various spiritual communities and continues to teach classes in advanced meditation practices in the School of Spiritual Healing and Prophecy and to its graduates.