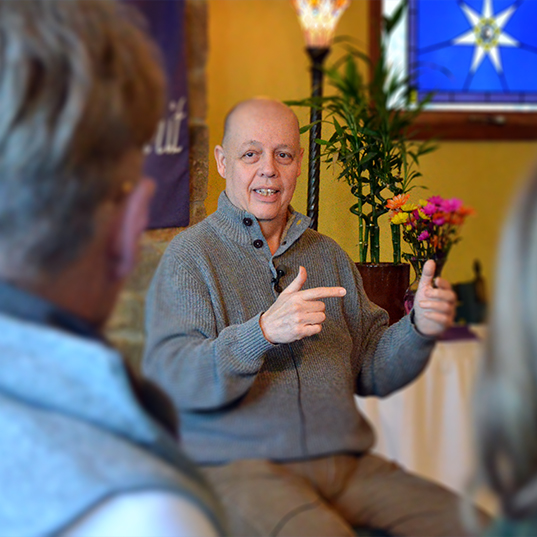 Rev. Gregory Kehn is a fourth generation Spiritualist Medium. He first began to give messages at Inspiration Stump in Lily Dale, at the age of 8. In his early years and as a teenager he learned many techniques from his grandmother, a Cherokee Native American, and his mother, who were mediums. Greg was also a student of the internationally known trance medium Dana Bailey. Greg has spent the last 40 summers in Lily Dale as a Registered Medium where he does readings and teaches mediumship. He has been a guest on TV and radio shows for the past 40 years.

Fellowships of the Spirit