Rev. Bill Coller has worked as a medium for over 40 years. While he worked as a mechanical engineer and management consultant, he served Spiritualist churches in the U.K. and Europe as a speaker, medium, and healer. Today, Bill’s spiritual work takes him around the world full time. He is considered by many to be one of the most consistently accurate mediums and teachers working today. He resides in Switzerland, and his base in the U.S. is the Inner Spiritual Center in New Jersey where he is co-founder and co-director. 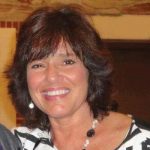 Rev. Angie Hewett-Abt, B.A., is a 2002 graduate of Fellowships of the Spirit’s School of Spiritual Healing and Prophecy. She received her degree in Human Services with a concentration in Counseling and Psychology in 2005. A practicing medium for over 30 years, Angie currently has her own thriving mediumship and spiritual counseling practice located in Buffalo, NY, where for the past 12 years she has taught meditation and intuitive development. Prior to 2002 Angie worked as a customer relations manager in various industries for over 21 years.

Cassandra Joan Butler, B.S.W., M.S. L.M.T., is an internationally regarded astrologer, Cassandra Joan Butler uses an integrative approach which blends mastery in astrology, body work and mediumship. An experienced workshop presenter and teacher Cassandra has taught at Fellowships of the Spirit, Lily Dale Assembly, Chautauqua Institution, SOTA, the Kepler Conference, UAC, as well as many WNY colleges. She is the founding pastor of the Divine Grace Fellowship and is a member of the Fellowships of the Spirit. A passionate communicator she is a frequent media guest across the country. Cassandra’s education includes degrees from Cornell, and Syracuse Universities, and the New York Institute of Massage Therapy.

Rev. Neal Rzepkowski, M.D. has been interested in Spiritualism since he came to Lily Dale when he was 16 and received his first reading. That started a spiritual journey of adventure. He was ordained as a Spiritualist minister in June 1978, one month after graduating as an M.D., and is also a registered medium in Lily Dale. Spirit led him to begin doing sweat lodges in Lily Dale 24 years ago, and he continues to do them. As a medical doctor, his specialties include HIV Medicine and Family Practice with a holistic approach. He has been HIV positive since 1983 and in part credits the healing vibrations around Lily Dale to his continuing good health.

Rev. Sharon Siubis has trained and worked as a Spiritualist minister, speaker, medium, and healer for over 16 years. Holding a degree in Education, Sharon uses her background and understanding of teaching technique in her classes, seminars, and now in the ongoing education program of Intuitive and Mediumistic Development through the Inner Spiritual Center where she is co-founder and co-director. She currently teaches and demonstrates mediumship throughout the U.S. and Switzerland.

Rev. John Heppner, MBA, EdD has worked over 20 years studying, lecturing and teaching about spiritual philosophy, healing and mediumship. Ordained as a Spiritualist minister in 1996 in Indiana, John continued his education and received an MBA from Indiana Wesleyan University in 2006, and his doctorate in education with a specialization in organizational leadership in 2017 from Northcentral University of Arizona. John resides in Muncie, Indiana, where he works in the field of adult education. John brings many of the dynamic educational approaches from adult education in to his spiritual work, creating an interactive and robust environment for learners.